As a Hindu, I am proud of certain things. My country, the ancient land called Bharatha was always tolerant towards all religious and ethnic groups. In the last millenniums, persecuted masses from various corners of the world have rushed to this blessed land seeking asylum and they have never been turned away. More importantly, they were never forced to abandon their religion or language to live in this land. All of us would have heard of the story of Sibi, the righteous ruler.  His tale appears in the Mahabharata. The Chozha dynasty claims to be a descendant of Sibi. His tale is portrayed in sculptures that are found in North India too. It is said that a dove that was chased by a vulture sought refuge to Sibi. True to the dharma of a ruler, Sibi gave asylum to the dove and pledged to save its life .The vulture that was chasing the dove too demanded justice from Sibi. The vulture reasoned that the dove was its food and rightful prey. The vulture accused Sibi of depriving of food and sustenance. Sibi offered to provide the vulture with a number of other food items. But the vulture was persistent in its demand for flesh. Sibi decided to appease the vulture by offering his own flesh equivalent to the weight of the dove saved by him. When he started carving the flesh from his body, the dove and the vulture turned into Indra and Agni who blessed Sibi for his valor and righteousness.

It seems that King Sibi was the role model of all our rulers of yester-centuries. India or Bharatha as the land was called during those days was always a reliable place for people who sought sanctuary to protect themselves from kingdoms that persecuted them for their ethnicity or religious faith. India has a number of settlements of Jews from time immemorial. It is said that the first group of Jews reached present day Cochin in Kerala as early as 562 BCE. However it is an undisputed fact that Jews sought asylum and settled down in Kerala by 70CE(1) .Those Jews in India have not faced an iota of persecution in India. In fact India is one of a few countries where Jews have felt safe in the last two millenniums. The rulers of Kerala inspite of their strong ties with Hinduism and orthodoxy have treated Jews with kindness. The Jewish presence in Kerala is just an example. There are other such settlements in India and there are ethnic groups in India that claim the legacy of the lost tribes of Ben .Even when the entire continent of Europe treated Jews with disdain, India warmly embraced them and allowed them to establish their synagogues. 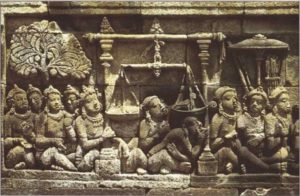 Then there is the case of early sects of Christianity in India. Most of the early Christians faced persecution, torture and death in the Western world. That was not the case with India. It is believed by Church Historians that one of the earliest Churches in the world was built at Kanyakumari district in Tamil Nadu, termed as Arapally within decades of the crucifixion of Christ. The Syrian Catholics of Kerala, who claim to predate even the converts of Europe enjoyed religious freedom and lived in peace in Kerala. No Hindu rulers harassed them. In fact Kerala is one among a very few places in the world where the Church services are conducted in Aramaic language which is considered to be the language in which Christ himself preached. There existed a treasure trove of religious texts and other documents in Aramaic among the early Christians of Kerala. These texts would have given us an interesting idea of the Christianity before the intervention of Constantine. However most of these texts were ruthlessly destroyed by the Portuguese colonizers who could not digest the fact that there was an ancient and variant form of Christianity that not only survived but also preserved and prospered in the land of idolaters. One has to keep in mind that the entire Kerala is termed as the land of the mighty Parasu Rama, an incarnation of Maha Vishnu and hence known as God’s own country. In spite of this Holy connotation, the pious Hindu rulers of Kerala of never ever thought of decimating the Christians who lived and established their churches in that holy land. Such was their tolerance that they derived from Hindu tradition.

Then there are Parsis. They fled from Iran due to the Muslim conquest of their land in about 600 CE and sought asylum in Gujarat. There is an apocryphal tale regarding their entry into India. When they sought asylum, the then ruler of the region showed them a container brimming with milk to symbolically indicate that there is little place for settlers in his populous country. The Parsi elder added a few grains of sugar to the milk in that container, symbolically replying that their presence in that Kingdom would not create trouble but rather enhance the quality of life of all the citizens. True their word, they have thrived and they have contributed a lot to the nation. Today a number of entrepreneurs, multi-millionaires and at least one Supreme Court judge belong to Parsi community. This country not only enabled them to freely practice their religion but also helped them to thrive in all walks of life.

When Tipu raided the Northern religion of Kerala of a large exodus of not only Hindus but also Christians sought asylum in the Kingdom of Travancore. Karthika Tirunal who is rightly venerated as Dharma Raja provided shelter to all the people and did not hesitate to pay a hefty sum from his treasury to Tipu to save them. Dharma Raja was praised by the Pope saving the Christians from Tipu. 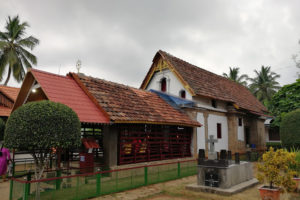 Even in the recent history, we see that the Dalai Lama and his retinue were provided asylum in India in spite of risk of incurring the Chinese wrath. Not only that tens of thousands of Tibetans live peacefully in India, but a separate armed force has been formed as a part of our Army comprising of Tibetans.

At present there is a noisy debate about whether to discriminate asylum seekers on the basis of their religion. I wish to reply that no one should be discriminated on the basis of religion when they seek asylum in our country. I wish to reiterate that our heritage is that we have never turned down anyone who has asked refuge to us. But when we talk of heritage, we should also talk of history and we should also be reminded of the bitter lessons taught by history. If instead of a dove, a vulture had approached Sibi and asked not only for asylum but also permission to feed on the doves in his country, would Sibi have agreed? The answer is a big NO. Being kind-hearted should not be a sign of stupidity. Further showing kindness to dangerous entities is nothing but endangering the lives of gentle beings. One cannot allow a cat into a hen house and claim that one has given shelter to the cat.

[…] article originally appeared on tamizhini.co.in on December 26, 2019 and is being reproduced with the author’s […]

A Jew in post-Nazi Germany

Theater as Art vs. Entertainment