I am always arriving late! Last time, I wrote on football world cup a good 3 weeks after the tournament ended. By the time I started this one, all teams had finished 4 matches each! But better late than never and one could always use the early results as a pointer for things to come. Let us venture onto those green fields of play and try and get a feel of how things will unfold, but remember, the best Prediction is done when the game is over!

Each league has its big boys and they boss over the season and in the end try and share the spoils amongst themselves (in this case, places for competition in Europe). Premier League has half a dozen big teams to speak of. Manchester United, Manchester City, Liverpool, Arsenal, Chelsea and Tottenham Hotspurs.

Leicester was the Cinderella in 2015-16 since then the slipper has been lost and I see no immediate redemption for them in the near future as they won’t be able to spend to retain or buy new talent like the big boys.

That leaves us to the big six.

Manchester United is the most decorated club with 20 league titles of which 13 came in the modern era. They have also won the Champions League 3 times. With a cabinet of 66 trophies, they are Brazil of the Premier League, always in contention. But they are 10th on the table as we speak and seem to have lost the race even before it began.

Coach Jose Mourinho (unflatteringly being called “Lose” Mourinho after 2 losses) seems to be out of touch with his tactics. They beat Leicester and Burnley and lost to Brighton (who?) and Spurs, the latter very badly at home!

Transfer News – The cupboard is thin for Jose this season and his purse firmly tied by the management it looks like. For a manager like Jose, who loves to buy players this would be a problem. Fred is coming in from Shakhtar Donetsk seems to be the only mentionable buy. Daley Blind has been sold to Ajax.

An unsettled middle with an underachieving strike force seems to be their problem. De Gea hit a low in Russia but should be back to his top form, if not United will lose many more!  Alexis Sanchez now has a full season to show what he is made up of and he is a strong committed player who should come good sooner than later.

Prediction – Third in the league this year, a step down from previous.

Manchester City can do no wrong it seems! They walked on water last year for a magical title with 100 points. They are fourth currently but only one draw separates them from the top three. Coach Pep Guardiola has one of the sharpest brains in the business and he has been blessed with the luxury of buying the players any player he wants, whether at Barcelona, Bayern or City. His teams play attractive football generally.

Their only hiccup came against Wolves but they have a good win in the pocket against an unsettled Arsenal. 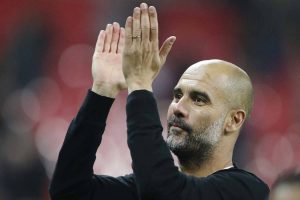 Transfer News – Maherez who was one part of Leicester’s dream run ends up in City. Claudio Gomes is someone to keep an eye on, with age on his side. Pep has also roped in Daniel Arzani from Melbourne City and I will wait to watch how he does coming in from the unknown.

The only team that looks capable of beating City (other than Liverpool) is City. They could switch off on occasions and the draw against Wolves is a minor worry. But by and Large Pep will lord it over the league is what we all think.

Prediction – Champions but without the magic of last year

Liverpool look exciting in the initial skirmishes. Coach Jürgen Klopp is a wily fox and a great thinker of the game. His season was good in patches last year but he looks to be the manager to challenge Pep this year. Liverpool have history and a horde of fanatic fans behind them. They are the second most decorated club after United and have had iconic managers managing them. This season they look hungry and in the mood.

They have won all four but three of them were against minor clubs and the win over Leicester was close. Also the season is a long one and the possibility of a burnout has to be guarded against. Their squad brims with talent.

Transfer News – They have bought Fabinho from Monaco but Xherdan Shaqiri will be the one I will keep an eye on. He has a powerful running game and loves to play in the wing but what intrigues me is how both Salah and Shaqiri will work with each other. The other transfer is the talk of the town 67 million pound transfer of Allison Becker the Brazilian goalkeeper from Roma. They already have the best record in goals against and I think that will continue.

Prediction – Champions or runner up. I would love to see a club with history win it, but if wishes were horses I would be riding two of them!

Chelsea have a change in manager with Maurizio Sarri coming in from Naples. He is an explosive coach but his antics mask a very good mind. He believes in overall strength of the squad and can assemble a mean squad. He has already brought in Jorginho from his old club and he is an exciting talent that was not on view in the world cup.

They have also won four and scored a goal more than Liverpool but let in two more which might not be a big thing but they have one win over Arsenal which is good money in the bank.

Transfer News – Apart from Jorginho, Mateo Kovacic is coming in on a loan and Green on a free transfer. They have not let anyone go but rumor mill has it that Eden Hazard is looking to move on and if he does the fate of the campaign could change. The coach has had very little time to set up his team and make the changes he wants and that could be a crucial let down. 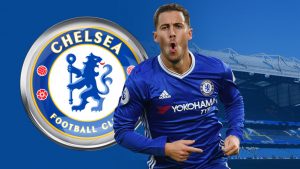 Arsenal is has been out of the race for the past few years. Arsene Wenger did a great job of holding a team together on a shoestring budget. His team flattered to deceive and with the start that they have had this season of two wins and two losses, they seem to be practicing the familiar dance in the sidelines.

But their two losses were against Liverpool and Chelsea and while that may affect the final standings for a team aspiring to be at the top for Arsenal, it is two tough games out of the way. They can comeback but with a managerial change coming in after 22 years of Arsene Wenger it could be tough. Unai Emery, the new coach, has grown in stature over the years and his management of PSG was good. With a board that would back him to the hilt, he has the luxury of time to shape Arsenal’ revival, but not this season.

Transfer News –   Stephan Lichtsteiner from Juventus and Lucas Torreira from Sampdoria catch the eye. The former can add some discipline to the defensive line which has been profligate in the past seasons and Torreira is the ball winner they desperately need in the midfield.

Prediction – Fifth or a place lower if Spurs stay true.

Tottenham Hotspurs has made a spirited start to the season with a slam bang victory over a disjointed United. Since then they have won two more and lost to an inform Watford which is also in the top six of the table. They have another good win with the always dangerous Newcastle. Under Mauricio Pochettino, Spurs have finished 5th, 3rd, 2nd & 3rd again in the past 4 seasons. They are a good team and have played compact football but their weakness would be over reliance on Harry Kane. Even the best striker in the world can only do so much. Rumours of Tob Alderweireld to United are doing the rounds and it could weaken the team slightly.

Transfer News – Nothing! Spurs is yet to take out their purse this season and can do very well in the January window to make up for any loss.

So my call is,

Let us meet on May 12, 2019 as Arsenal complete the duel Burnley to see how good the Predictions are!

A few links to read further…

A Thespian’s Thoughts in Verse