He had brought along his wife, for he said that it was their mutual problem. She had bright eyes and was small, sprightly, and rather disturbed. They were simple, friendly people; he spoke English fairly well, and she could just manage to understand it and ask simple questions. When it got a little difficult, she would turn to her husband and he would explain in their own language. He said that they had been married for over twenty-five years, and had several children; and that their problem was not the children, but the struggle between themselves. He explained that he had a job which gave him a modest income, and went on to say how difficult it was to live peacefully in this world, especially when you are married; he wasn’t grumbling, he added, but there it was. He had been everything that a husband should be, at least he hoped so, but it was not always easy.

It was difficult for them to come to the point, and they talked for some time about various things: the education of their children, the marriage of their daughters, the waste of money on ceremonies, a recent death in the family, and so on. They felt at ease and unhurried, for it was good to talk to someone who would listen and who perhaps might understand. 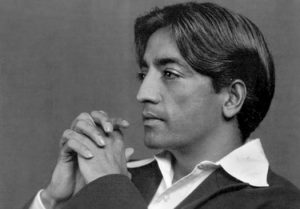 Who cares to listen to the troubles of another? We have so many problems of our own that we have no time for those of others. To make another listen you have to pay either in coin, in prayer, or in belief. The professional will listen, it is his job, but in that there is no lasting release. We want to unburden ourselves freely, spontaneously, without any regrets afterwards. The purification of confusion does not depend on the one who listens, but on him who desires to open his heart. To open one’s heart is important, and it will find someone, a beggar perhaps, to whom it can pour itself out. Introspective talk can never open the heart; it is enclosing, depressing and utterly useless. To be open is to listen, not only to yourself, but to every influence, to every movement about you. It may or may not be possible to do something tangibly about what you hear, but the very fact of being open brings about its own action. Such hearing purifies your own heart, cleansing it of the things of the mind. Hearing with the mind is gossip, and in it there is no release either for you or for the other; it is merely a continuation of pain, which is stupidity.

Unhurriedly they were coming to the point.

”We have come to talk about our problem. We are jealous – I am not but she is. Though she used not to be as openly jealous as she is now, there has always been a whisper of it. I don’t think I have ever given her any reason to be jealous, but she finds a reason.”

Do you think there is any reason to be jealous? Is there a cause for jealousy? And will jealousy disappear when the cause is known? Have you not noticed that even when you know the cause, jealousy continues? Do not let us look for the reason, but let us understand jealousy itself. As you say, one might pick up almost anything to be envious about; envy is the thing to understand, and not what it is about. 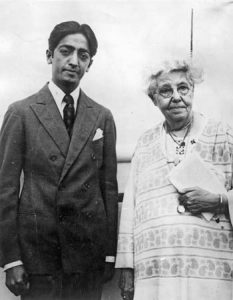 ”Jealousy has been with me for a long time. I didn’t know my husband very well when we married, and you know how it all happens; jealousy gradually crept in, like smoke in the kitchen.”

Jealousy is one of the ways of holding the man or the woman, is it not? The more we are jealous, the greater the feeling of possession. To possess something makes us happy; to call something, even a dog, exclusively our own makes us feel warm and comfortable. To be exclusive in our possession gives assurance and certainty to ourselves. To own something makes us important; it is this importance we cling to. To think that we own, not a pencil or a house, but a human being, makes us feel strong and strangely content. Envy is not because of the other, but because of the worth, the importance of ourselves.

”But I am not important, I am nobody; my husband is all that I have. Even my children don’t count.”

We all have only one thing to which we cling, though it takes different forms. You cling to your husband, others to their children, and yet others to some belief; but the intention is the same. Without the object to which we cling we feel so hopelessly lost, do we not? We are afraid to feel all alone. This fear is jealousy, hate, pain. There is not much difference between envy and hate.

”But we love each other.”

Then how can you be jealous? We do not love, and that is the unfortunate part of it. You are using your husband, as he is using you, to be happy, to have a companion, not to feel alone; you may not possess much, but at least you have someone to be with. This mutual need and use we call love.

”But this is dreadful.”

It is not dreadful, only we never look at it. We call it dreadful, give it a name and quickly look away – which is what you are doing.

”I know, but I don’t want to look. I want to carry on as I am, even though it means being jealous, because I cannot see anything else in life.”

If you saw something else you would no longer be jealous of your husband, would you? But you would cling to the other thing as now you are clinging to your husband, so you would be jealous of that too. You want to find a substitute for your husband, and not freedom from jealousy. We are all like that: before we give up one thing, we want to be very sure of another. When you are completely uncertain, then only is there no place for envy. There is envy when there is certainty, when you feel that you have something. Exclusiveness is this feeling of certainty; to own is to be envious. Ownership breeds hatred. We really hate what we possess, which is shown in jealousy. Where there is possession there can never be love; to possess is to destroy love.

The Mission and Message of the Saiva...

The Role of the Imagination in the...