Art, Artist and Ideology: Notes of Discord in Julian Barnes’ The Noise of Time

A young composer stands by the lift in his apartment building. He is fully dressed and carries a briefcase with him. He sheepishly nods his head and smiles to his neighbors who spot him there. His attempt is to pull a facade that he is waiting for the lift to come. Luckily for him there are not many people to pry as the time is past midnight. He keeps standing. He wants to pull a chair and sit near the lift as hours pass by. He cannot do it. If he does so, he can no longer pretend to be waiting for the lift. He may have to admit that he is waiting for the secret police to come and arrest him. It is difficult for him to explain his crime to his neighbors. They may not understand the charge against him; he was accused of being a formalist. People seldom understand the risks of being a musical composer or for that matter any artist under a totalitarian regime.

Dmitri Shostakovich knew very well about the hazards that came along with his profession and passion. He had been always careful not to irk the wrong people. He had always taken special care to project his loyalty and also his subservience to the party and the party ideology. However he never imagined that the secret police might take interest in him just because the bigwigs were not impressed by his latest opera. The official organ of the party had denounced him as a formalist and things went out of his control. Extirpation was inevitable. It was either a one way trip to Siberia or a bullet in the back of his head. Shostakovich was completely aware of the fact that he cannot do anything to alter his fate. But he wanted to face his fate in a dignified manner. He hated being pulled from the bed in front of his wife and children in the wee hours of night. That was the clichéd yet effective modus operandi of the secret police. He did not want to give them the satisfaction of pulling a terrified man when he was in his most vulnerable state. Hence he decided to wait for them near the elevator and quietly walk with them shrouded in his surviving bits of dignity.

This is how Julian Barnes’ (1946- ) The Noise of Time (2016) begins. It is a fictionalized biography of an eminent Russian composer Dmitri Shostakovich (1906-75), whose only mistake was that he was in a wrong place in a wrong time. Shostakovich had to endure the communist regime of USSR until his death. Being bound and lead by ideology will be a traumatizing experience to any human being. However it will be twice traumatizing to an artist as an artist will have to pledge both his personal freedom and artistic freedom.

Whenever power took interest on Shostakovich, he had a loose a piece of his artistic sensibility. Shostakovich would have been far luckier if he had lived in a country where the rulers took little interest in art, music and such sophisticated things. In fact, it would have been a blessing to live among philistines. Fate had something else in stock for Shostakovich. He had to survive in a land where the party was extremely interested in all farms of art; the interest of the party was akin to the interest of a butcher on his sheep. The party wanted art and artists for propaganda. Barnes says:

“ …. In 1932…the party dissolved the independent organizations and took charge of all cultural matters, this had resulted in not taming of arrogance, bigotry and ignorance, rather in a systematic concentration of them. And if the plan to take a worker from the coal face and turn him into a composer of symphonies did not come to pass, something of the reverse happened. A composer was expected to increase his output just as a coal miner was, and his music was expected to warm hearts just as a miner’s coal warmed bodies. Bureaucrats assessed musical output as they did other categories of output; there were established norms and deviations from those norms.(25-26)

The asininity of claiming to turn every coal worker into a music composer can only match with the nescience that framed targets for music composers in lines with the coal production targets fixed for coal workers. Absurdity seemed to be leitmotif of those benighted era and duffers strutted around quoting ideology. Artists had to choose between obtuseness and vacuity ,and whatever their choice was, they had to suffer if they were not just ready, but overtly eager to barter art.

Shostakovich had to live in eternal fear for his life. He was often belittled and ridiculed for not toeing the party line. Once Stalin came to watch his opera. The musicians felt threatened by the presence of Stalin and out of their nervousness played the instruments very loudly. Stalin did not hesitate to air his contempt and within a night Shostakovich became a persona non grata within the musical circle. Not just his works, but he himself was condemned by the Pravda. The critics who praised him until then, took turns to deliver contumelies wrapped as articles. He was pushed into disgrace.

There were other issues too. Once Shostakovich was accused of being a traitor, he was shaken to the core and did everything he could do to prove his loyalty to the country, party, ideology and more importantly to the leader. His inquisitor was not impressed by any of this. Each day, the officer in charge of the case would summon him to the police headquarters and grill him for names. Many of his friends and acquaintances were taken into custody and wiped off from the pages of history and face of earth during the course of investigation. Shostakovich was waiting for his turn. At one point he was very sure that he will be executed within a week or so. But he miraculously escaped .Reason? His inquisitor himself was arrested and executed for treason. 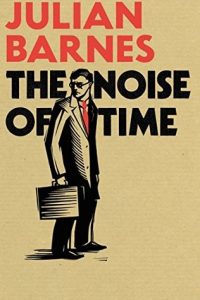 What is interesting to note is that Shostakovich suffered more as an artist when the people in the power chose to be kind to him rather than when they wanted to push him into oblivion. When Stalin decided to be kind with Shostakovich, the kindness translated as a cultural tour to US. Although it was cloaked a diplomatic exercise, it was almost like parading an exotic animal in an alien land.

There were other trials and tribulations too. Power tried to salvage him. Barnes says:” Instead of waiting for the end result-a finished composition which would then have to be examined by politico-musicological experts, before being approved or condemned-the Party,in its wisdom ,decided instead to begin at the beginning; with the state of his ideological soul. Thoughtfully, generously, the union of Composers appointed a tutor…to help him understand the principles of Marxism-Leninism-to help him reforge himself “ (120).

Shostakovich expected that things would change for good after Stalin’s death. That was a vain expectation. Barnes says: “Before, there was death; now there was life. Before, men shat in their pants; now they were allowed to disagree. Before, there were orders; now, there were suggestions. So his Conversations with Power became, without him at first recognizing it, more dangerous to the soul. Before, they had tested the extent of his courage; now, they tested the extent of his cowardice. And they worked with diligence and know-how, with an intense but essentially disinterested professionalism, like priests working for the soul of a dying man” (131)

Shostakovich had to see a new nadir in his autumn years. The power wanted to honor him with the chairmanship of composer’s union. For that, Shostakovich had to be a member of the party. Membership was the last peril and straw to his honor and hence he had successfully avoided that all these years with all his might. There were no excuses now. He was made to sign the form. Shostakovich contemplated suicide but then decided against it as he thought that committing a physical suicide is futile as he had already committed a moral suicide by becoming a member of the party. Barnes says: “He had also learned about the destruction of human soul…. A soul could be destroyed in one of three ways: by what others did to you; by what others made you do to yourself and what you voluntarily chose to do to yourself “(166). Shostakovich lived no more as an artist after this; he settled for mortality and mediocrity after having lost a lifetime’s war against ideology and power.

The world knew about one Boris Pasternak. But there were countless other artists in every field of art who were forced to offer their art as a sacrificial lamb before the altar of ideology to propitiate vain ideologues. Shostakovich is one such artist; a chosen artist. His fate was shared by thousands of other artists .To be precise, one can universalize the fate of Shostakovich. Similarly the oppressive tactics are not patented to communist ideology alone. Any ideology that aims in creating an absolute undemocratic state is capable of slaughtering art and artists who do not echo their sentiments. Barnes rightly points out: “… though tyranny might be paranoid, it was not necessarily stupid .If it were stupid ,it would not survive; just as if it had principles, it would not survive. Tyranny understood how some parts-the weak parts-of most people worked. It had spent years killing priests and closing churches, but if soldiers fought more stubbornly under the blessing of priests, then priests would be brought back for their short-term usefulness. And if in wartime people needed music to keep their spirits up, then composers would be put to work as well” (68). Artists and connoisseurs of art should be always a discerning customer when dealing with power. Perhaps, that will be an easy and efficient way to smell tyranny in its formative days itself.