The Burden and the Mystery of Non-Self

The biggest conundrum with regard to the teachings of Buddha is the idea of non self, anata. It poses an insurmountable challenge for an ordinary mind to understand what it means in its truest sense, as it were perceived by the Buddha after his awakening. What is meant by ordinary mind here is an unprocessed mind in terms of spiritual aspirations or meditative practices. Ramana Maharishi explains non self as the creation of the mind and body consortium by the one’s own self and it is the only thing to be realized and shed off as non self as every organism is originally the inseparably plugged with the Self. Whereas, it is just a construct of interdependent origination that creates a self, which is originally emptiness (or a non self rather) but filled with interdependently arisen manifestations, every moment. That is what you and I are made of. 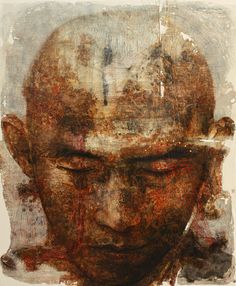 But having born here (are you really born, thus questions the Buddha and also Ramanar!) and become professionally successful, eventually with considerable name and fame as well as wealth, with a beautiful family, friends and relatives, how is it possible to consider those aspects of one’s personality as non self? In spite of attending many retreats, getting deep into some meditative traditional practices, beginning to unlearn the non self, understanding the reality of non self still remains defying. What a colossal loss to build such a big castle of our own personality as self and then finally trying to abandon it one day, in the journey of self realization and eventual awakening!

But how are we going to look at ourselves as none in its true sense. How to convince ourselves that we are actually ‘naught’, with all our feelings, perceptions, thoughts and emotions? Is it true that we are merely none at the end of the day (last day!)? If it is true then why should we be continuously created? Ramana Maharishi answers that it is for the purpose that we should ask these questions so that we come to know what we truly are and the process is a simple means of self inquiry. 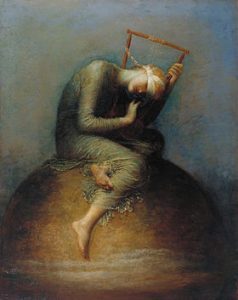 Looking at our own self as none is equivalent to the challenge of a mimicry artist to mimic his or her own voice. It is simply not possible for a person to mimic oneself just because the person is already that. The person need not mimic but simply be as one is. Is the so called realization similar to that? I am wondering!

We continuously strive to grow and project our personality and always trying to prove or convey to the world with an attitude that ‘I am different’ and ‘I am important and special’ with a superlative of ‘more’ or ‘most’. Besides there is a shady side of us that composts lust, greed, jealous and other characteristics that we always wish to get rid of but unable to sustain the clean sheet of purity for long. Above all, there are greener shades of love and kindness and other features that we always try to retain and express but fail to do so at times. 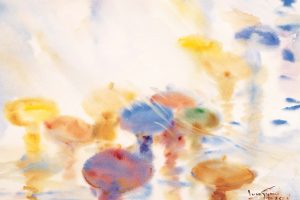 Masters say that all these accumulations as self are our own projections about us and the world around but may not be true. I’m that and I’m interdependently arisen from emptiness mean the same at different planes of perception. The non self is an illusion created by mind and on realization the same mind self actualizes the bigger Self. Ramana Maharishi expounds that Self can be termed as soul or God, but it’s all one and the same. At the same time what the Buddha extols is that it’s all really empty at any instant and what we see is the momentary interplay of intrinsic aspects of the self and the world and what truly in the present is unmade and unborn. Finally, what comes to our understanding is that the mere interplay of empty factors is the concoction of the non self and Self, and the non self abides in the Self itself. Thus one is awakened to the fact that one is not one’s non self but the true Self or in other words, one’s omni-absence in the omnipresent (Self)!

Casteism and Bigotry: A Canker in the...